**This will NOT Allow for any emission modifications**

The Banks 66793 Tuner is Easy To Install and Safe To Use.

Derringer has 6 levels, adjustable on-the-fly using the iDash. Level 6 produces best-in-class performance. Level 3 is designed for work use and has a great mid-range feel. When running Level 3 with a loaded truck and/or pulling a trailer, your on-ramp merging speeds and passing times are greatly improved.

The electronics are enclosed in a compact housing which is easily concealed and communicates with other Banks devices such as our iDash DataMonster, iDash SuperGauge, and PedalMonster throttle booster. The Derringer connects in line with your truck’s engine sensors. But unlike other tuners, it also connects to the vehicle’s OBD-II diagnostic bus.

ActiveSafety health monitoring circuitry keeps an eye on the vehicle and the module itself. It checks its health 100 times a second. If it detects an issue, the Derringer instantly bypasses itself, sets a device diagnostic code, and seamlessly returns the truck to stock power. Plus, Derringer’s special coolant temp monitoring prevents power addition when the engine is too cold or overheated. The Derringer also auto-adjusts power if knock occurs due to bad fuel. Maximum safe power is all automatic with a Derringer — you just choose your preferred power level and enjoy the ride.

The Banks difference when it comes to the L5P POWER!
The Derringer tuner — When it comes down to it, you want a real L5P tuner. You want something that makes big power and doesn’t kill your truck. After all, you just spent a lot of money on that beast. The Banks Derringer L5P tuner is the only option you should be plugging into your truck. Look, the other guys claim big numbers and we call bulls—t! We tested every other tuner on the same dyno, same day, same weather conditions, with the same technician… Same damn test, period! There’s only so much you can do by just intercepting the fuel rail pressure sensor. That’s where all the others fall short. The Derringer is the only tuner that actually utilizes your truck’s ECU to make intelligent calculations!

After months of Banks Power testing, the results are in and we can’t wait to share them. 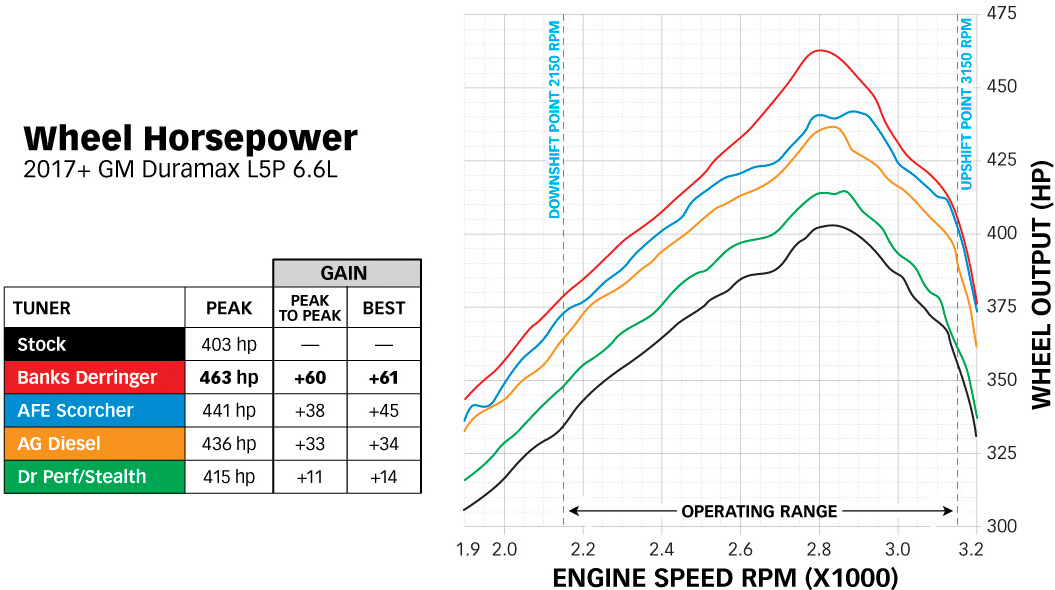 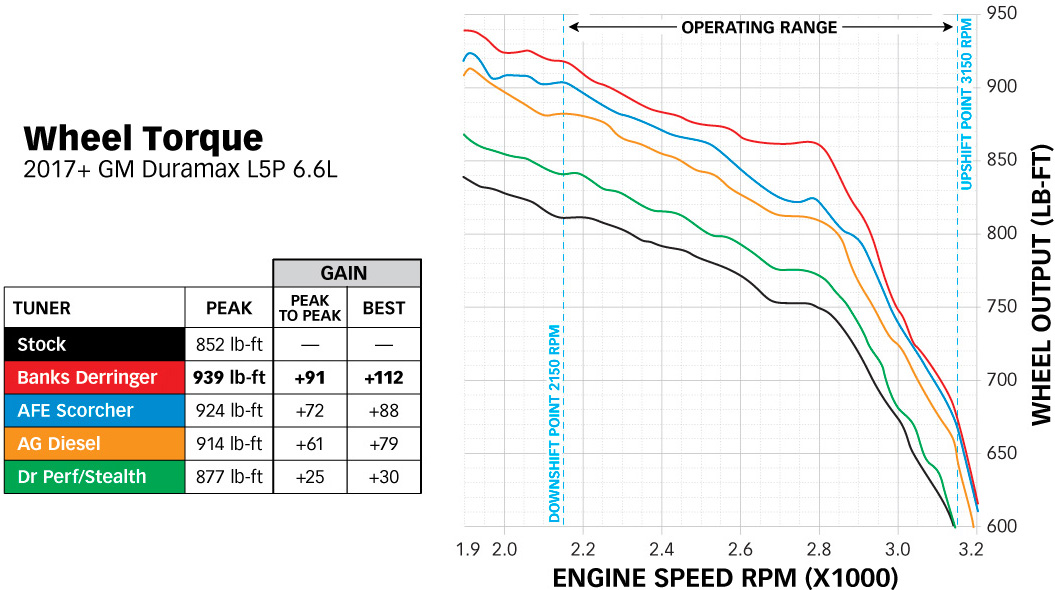 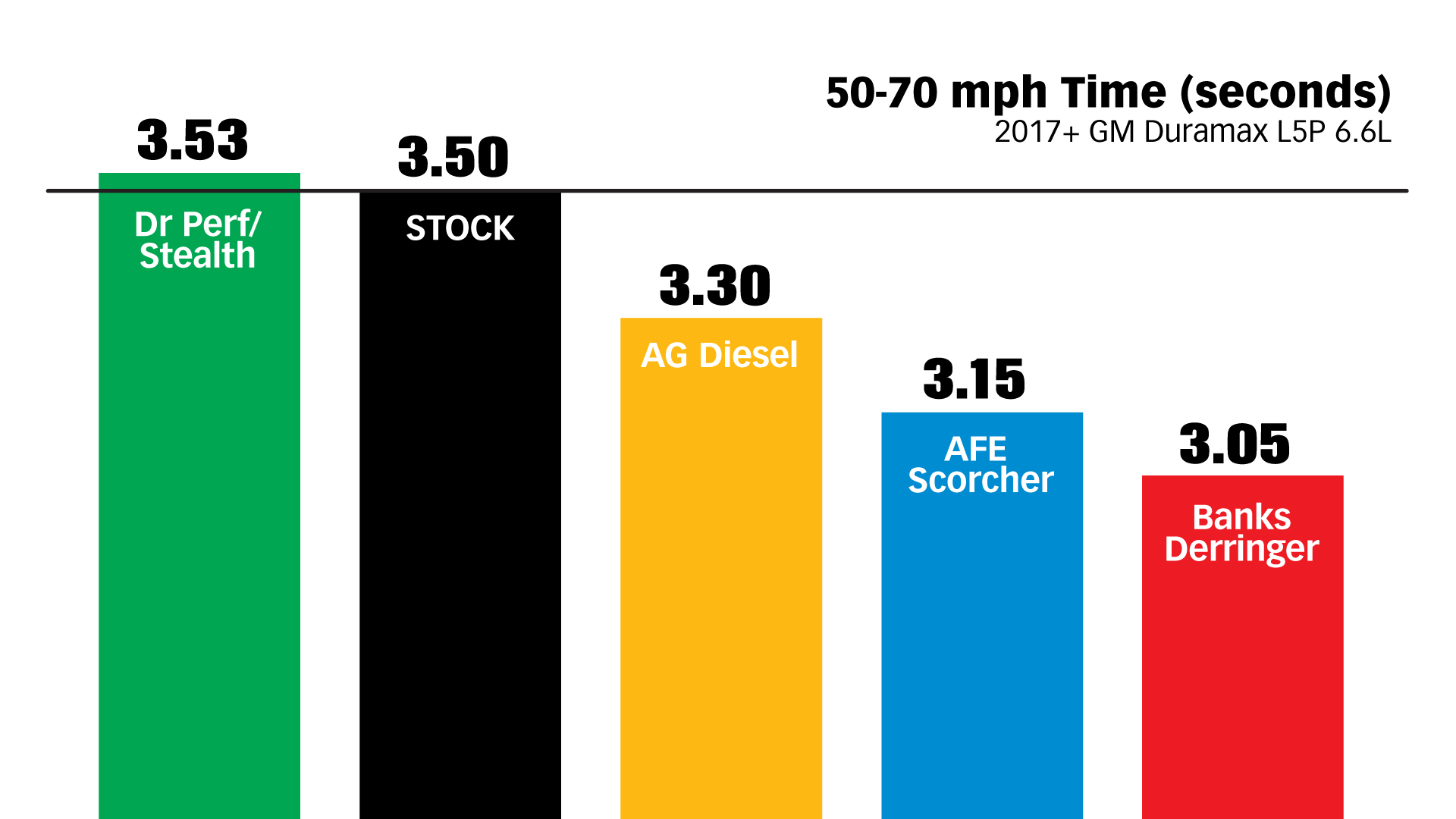 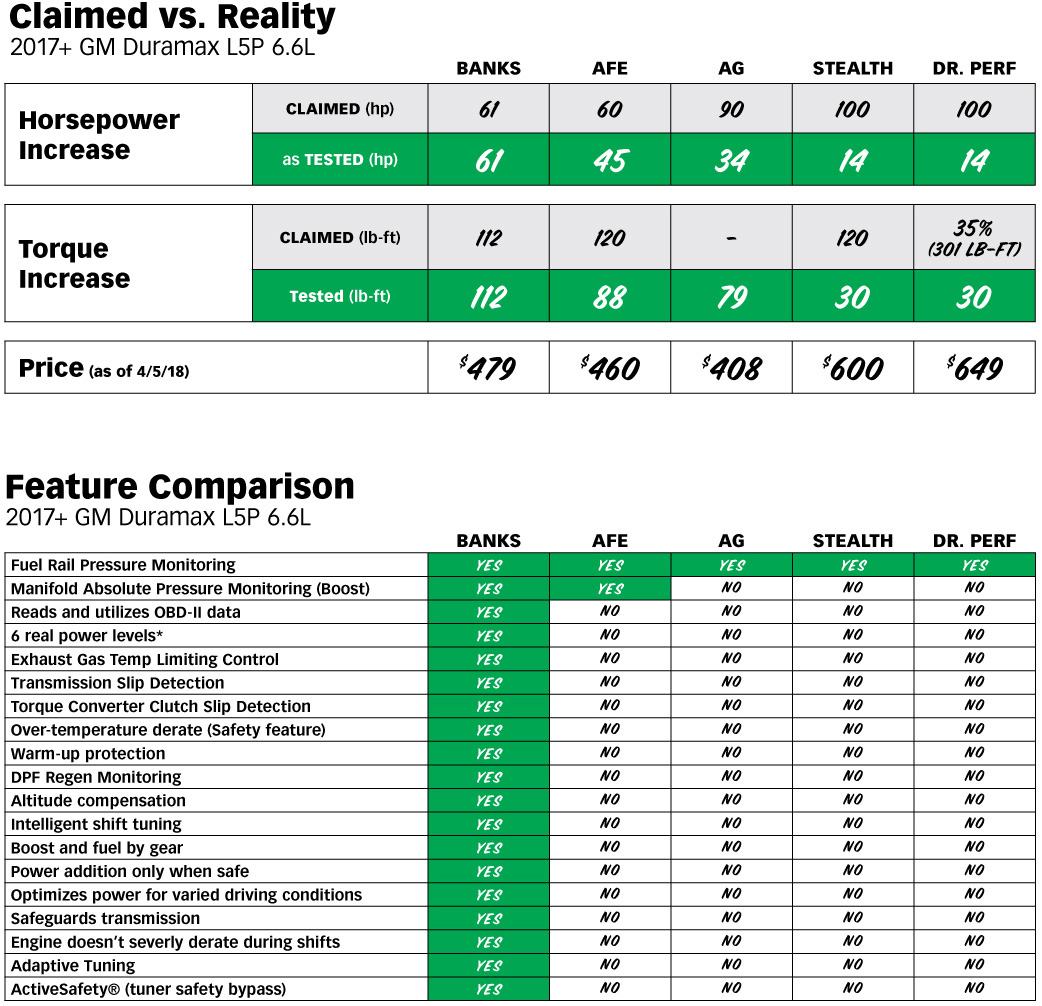 How the Banks 66693 Tuner Derringer does what it does, and why

There’s no easy way to make more power your daily driven L5P with GMs ECU and factory turbo, no magic flash or special “chip” available. Above all Banks had to go the tuner route, and making an inline tuner for your truck was no easy task. Banks subsequently have almost a thousand man-hours into Derringer development. Fortunately, we’ve been making tuners for 20 years, so Banks know what they’re doing.

Furthermore, the Derringer is a plug-and-play microcomputer designed for easy installation, it’s enclosed in a compact housing which is easily concealed, and connects to the iDash 1.8 Super Gauge for the ultimate in information and power selection, unlocking three additional power levels.

To clarify, unlike the fixed tuning used by others, the Derringer calibration is continuously adjusting to provide you the peak possible performance under every driving condition. Likewise by utilizing the power of the OBD-II data, the tuner intelligently fine-tunes its calibration on the fly without you having to change its power level.

– Coolant Temperature Monitoring – The Derringer senses coolant temp to control added power. During warmup, no power is added below 120° F, then power is ramped in and fully available above 150° If the coolant overheats for any reason, the Derringer starts removing its power at 230° F and additional power is totally removed if you exceed 240° F.

– Full Power Timer – If set on Sport level, the Derringer allows for 30 seconds of wide open throttle before transitioning to the recommended power level for sustained tow/haul. (Our research has shown that the Ford 6.7L Power Stroke will de-rate starting 1450F to keep the EGT temps below 1500F. So Derringer works in conjunction with the factory ECM to do the same thing)

As a result the Derringer is the only tuner on the market to include ‘Active Safety’, an active failsafe system that utilizes bypass relays to smoothly transition your vehicle to stock power levels in the event of any trouble signs in the Derringer. In short the system constantly monitors various parameters at over 50 times a second to ensure that everything is operating as it should. If any competitive tuners lose power or fail in any way, they will instantly trigger a “limp home” mode where all power is lost and the vehicle dangerously slows to a crawl. If the same fault condition occurs to the Derringer it will gracefully remove its additional power and return to stock power levels without a hitch.

– Simple plug and play installation with easy removal for dealer service
– Warranty friendly: no reflash required and no traces left in ECU
– 3 power levels with on the fly level changing (with switch)
– Enclosed in a compact housing which is easily concealed
– LED Derringer status indicator 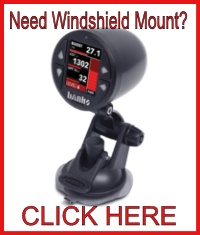 Need Help Ordering??
Give Us A Call And We Can Assist You- CLICK HERE

Purchase with confidence, we are an
Authorized Banks Power Dealer.

There are no reviews yet. 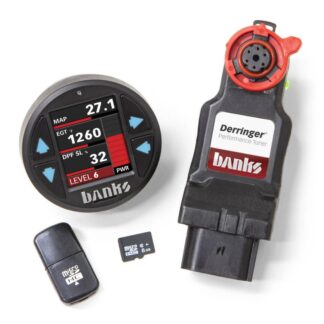